Technology in Dentistry throughout the Ages 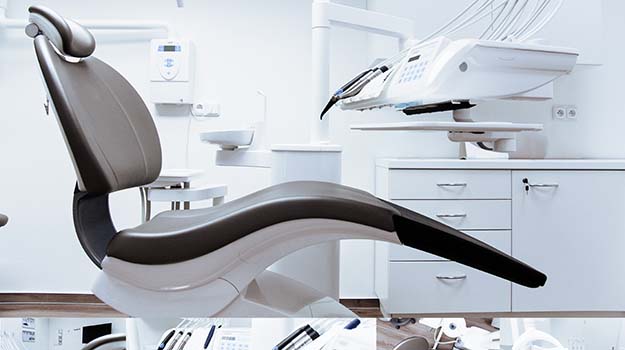 Modern dentistry is extremely advanced, but did you realise dentistry has been evolving for hundreds of years? The first known dental practitioner dates back to 1092, when the first idea of surgery began. It was due to the Pope of Alexandria who decided that monks and priests should have a shaven face and a unique hairstyle, requiring a new profession to complete this task. The tools they used included razors, scissors and a lance, creating the first barber surgeons and marking the beginning of surgery as a profession.

In those days, dentistry was practised primarily by barbers and other artisans like goldsmiths, wig makers, blacksmiths and even bloodletters and priests. None of these early practitioners had any formal academic training and instead used the instruments available during the mediaeval age to remove and try to repair teeth. Priests had an advantage because they could read medical texts and became physicians.

However, priests could not perform any invasive procedures because they were not allowed to have blood on their hands. Because of this distinction, physicians began to separate from surgeons, creating two distinct professions. This separation is easy to see even today; for example, the Royal College of Physicians is separate from the Royal College of Surgeons here in Australia.

As the two professions evolved, barber surgeons were ranked lower than physician priests with their more formal education. Yet barber surgeons gained valuable experience treating sailors and soldiers wounded on battlegrounds and voyages. But it wasn't until Pierre Fauchard began practising as a naval surgeon in the court of Louis XIV that modern dentistry was born. Pierre is considered the father of modern dentistry, a profession he decided to pursue after lacking the money to train as a surgeon. Dentistry did not need a costly apprenticeship. Pierre had already learned more than most dentists during his apprenticeship to Alexandre Poteleret, surgeon in chief to the king's ship.

Pierre Fauchard published his book at the turn of the 18th century, describing the scientific knowledge of dentistry at that time. It includes using obturators made from ivory to treat cleft palates and using prosthetic appliances to replace missing teeth and the innovation of new dental instruments.

Another turning point was the introduction of anaesthesia in dentistry by Dr Horace Wells from Connecticut. He was the first patient to have a tooth removed using happy gas or Nitrous oxide. In October 1846, ether was used as a surgical anaesthetic for the first time by William Morton, making it possible to receive painless surgery. Amalgam was first introduced in the US in 1833 and was the restoration of choice for many years. Only relatively recently has amalgam been replaced by newer, more aesthetically pleasing materials like tooth-coloured composite resin.

Until the middle of the 19th century, dentures were made from ivory, human bone or metal material. It wasn't until 1851 that they were replaced by vulcanised rubber, invented by Charles Goodyear. Dental drills have been around for thousands of years, but it wasn't until 1868 that an American dentist called George F Greene invented a pneumatic drill operated by a foot pedal and an electric drill seven years later.

Toothpaste wasn't invented until 1850, and the role of fluoride in preventing tooth decay wasn't discovered until the early 20th century.

You may think dental implants are a new invention, but they date back to the Mayan civilisation in 600AD. However, modern dental implants weren't developed until 1965 by Dr Per Ingvar Branemark.

Nowadays, thankfully, we can carry out sophisticated dental treatments painlessly and can restore even complete arches of teeth using the latest dental implant systems. Digital dentistry is becoming increasingly common, enabling us to provide patients with precision-made restorations that look and feel like real teeth. The one thing we cannot do just yet is to grow a completely new set of adult teeth, but who knows what will happen in the future.

Smile! It's Good for Your Health